BRETT: Now, something very special is going to happen tomorrow. Kathryn's going to join us tomorrow to share details about the private family gathering remembering Rush, as he was laid to rest in St. Louis this past Wednesday. She's also gonna be taking calls from you. It's gonna be a very special broadcast. Todd Herman's gonna be in. 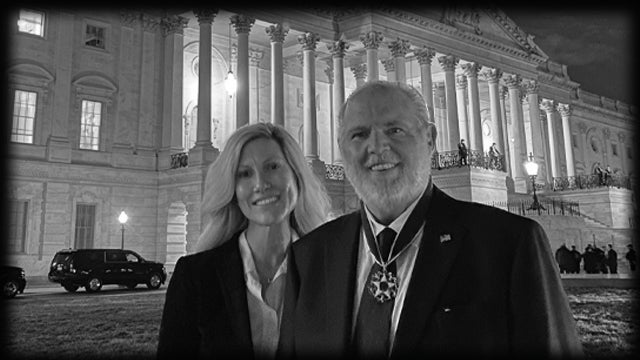 You're not going to want to miss that, not a moment of it. Now, throughout the four days at CPAC Rush was mentioned often. I overheard dozens and dozens of conversations involving high-ranking officials and politicians and pundits and ordinary, average folks who were there as a part of CPAC.

We could fill up the entire show with the commentary. But I encourage you to go to the website and watch not only the video retrospective, but you can also see Kathryn's acceptance speech as well.

It was such an amazing moment.