BRETT: CPAC this weekend was unbelievable.

The energy level was off the charts. Sure, a lot of it had to do with the fact that you had former President Donald Trump coming in to speak to give the big stem-winder closing speech of the conference. But throughout the days that I was there on the ground in Orlando staying there at the Hyatt Regency, you could feel the energy crackling in the room. 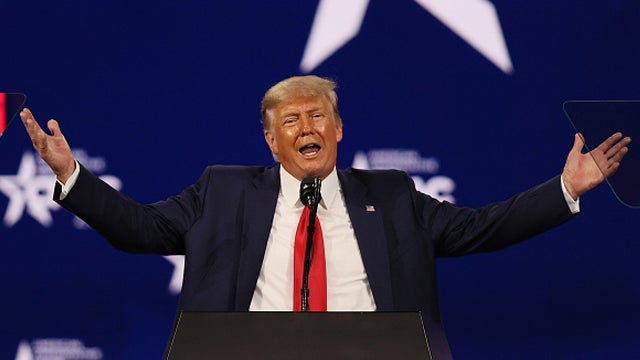 You really could. Speaker after speaker was talking about the most important issues: immigration, election integrity, getting tough on China, getting jobs protected here in the United States of America, redoing trade deals -- and, of course, undoing the horrible, horrible mess that is the Biden-Harris energy policy. But it all came down to Sunday afternoon, late afternoon.

As President Trump made his way out there to the stage, the main stage there in the ballroom at the conference, you could feel the energy. You could hear people's enthusiasm. They were excited as you heard Lee Greenwood's song play, and then out came the president of the United States, and he looked revitalized. He looked like he was energized and he was ready to go.

That is coming on the heels of the straw poll that John McLaughlin put together with everybody who gets together at CPAC. Everybody gets an eight-digit code, socially distanced and that sort of stuff. Folks are still heavily, heavily invested in support of President Trump and looking for him to make a third run.

As he alluded to during the festivities and during the speech... Well, less than two minutes into the former president's 90-minute speech, his first public appearance since January the 6th (and then, of course, his farewell comments there at the airport on the 20th, the morning of the 20th), he mentioned our Rush Limbaugh. Here's what he said. 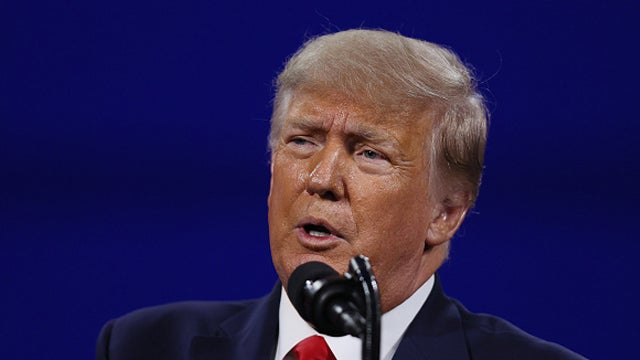 PRESIDENT TRUMP: I also to want pay my love and respect to the great Rush Limbaugh --

BRETT: Now, you in the audience know that Rush was honored Saturday night at the Ronald Reagan Dinner where they inducted him into the Conservative Hall of Fame, making him the first individual -- the very first individual -- to receive the honor. First was actually an organization, the NRA, the National Rifle Association.

Now, it's posted up over at the Rush Limbaugh website. You can take a look at it. It's an absolutely stunning and beautiful remembrance of Rush, a man Kathryn Limbaugh, dubbed the first lady of talk radio, as she accepted the honor on Rush's behalf.