TODD: Just this past weekend a regular listener to my Seattle show sent me from Rush's archives something he found about Rush explaining Lysenkoism, which a dynamic named after Joseph Stalin's house biologist whereby so-called scientific research was twisted in order to have a political outcome.

And this was when the Democrats were talking about being poor changes your DNA so that you are then genetically poor, was the point they were making. And Rush, of course, took that on in a fashion that only Rush could. And people that didn't listen to Rush never understood the intellectual appeal of Rush's show.

Which is why I've said to folks in terms of introducing people to Rush, use The Limbaugh Letter, because people will read that in a way that they can't consume the radio show because their defenses will be up. "I don't want to be drawn by this guy."

So when you talk about the most influential figures in the intellectual American conservatism, it's Buckley, people who understood Reagan, it's Reagan, and it's Rush Limbaugh. And Rush discussed his relationship with Mr. Buckley on many occasions. Here's the first time he visited Buckley's home in Manhattan.

RUSH: I entered what I thought was a shrine. To my left was a harpsichord. He played the harpsichord. He wasn't playing it at this point of time, but he played it. He was playing it when I walked in some time later as his guest on Firing Line, taped in his living room, which is where I was escorted when I arrived. Folks, I can't describe how nervous I was while at the same time trying not to be and just relax and be myself.

I was escorted in. The room was full. I was one of the last to arrive because I'd driven around the block four times, trying to get the courage up to go in. He was the first to stand up and greet me, that charismatic, just love-of-life smile. He welcomed me into that room as though I belonged there as much as any other guest did. He asked me what I wanted to drink. I said, "I'd like a Diet Coke," and sat down. 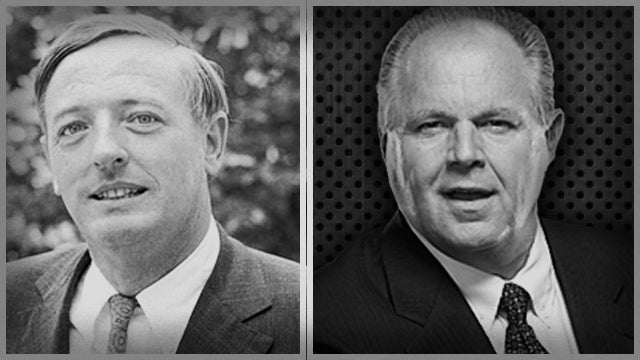 Reagan was also inspired and educated quite a bit by Buckley. They were very, very close friends. We owe Buckley the same kind of gratitude. In my mind, I rank Bill Buckley as a Founding Father. Anyway, Mr. Buckley prepared my Diet Coke, and I sat down, and the conversation at the time I entered they were talking about whether or not James Joyce could publish Ulysses if he tried to at that point today.

Meaning it was so risque, could anybody publish it? And they were having a discussion about that and literature in general. You know, I'm... (laughing) I'm sitting there swimming. And this Diet Coke doesn't taste like Diet Coke. What is this? It tasted like mineral oil that had cola coloring in it. It wasn't long before Mrs. Buckley -- Pat -- made her grand entrance into the room after everybody else had arrived, coming down the sweeping staircase into that room.

Everybody in that room shot up like jacks-in-the-box. She came over to me first off, welcomed me to their home, thanked me so much for what I had been saying about her husband and her son and the magazine and so forth. My "Diet Coke" was about half empty. She said, "Would you like a refill? What's that?" I said, "It's Diet Coke." So she took it, took it over to Bill, and said, "Fix Mr. Limbaugh another one."

She watched him fix it, I guess, because I'm in the middle of talking to somebody, and I hear her shout, "Bill, what are you doing! I said Diet Coke!" So I was right. It wasn't Diet Coke. I don't know what it was that he served me, but... (laughing) Don't read anything into this. It's just one of these things that I remember. Then we went in to dinner, big circular table in the dining room, and the conversation continued.

They all wanted to know what I thought about things. They all wanted to know how I go about doing my radio show. What's my point? What are the things I'm trying to accomplish? They were fans. It was one of the most memorable nights of my life, and I'll tell you why. Because at the time there was a definable, respected-by-all conservative leader, and he was it.

He had no ego. He didn't feel threatened by the arrival of other conservatives. He welcomed them. Bring 'em all in. Find out if they're legit, find out if they're worth the imprimatur, but bring 'em in -- and that night I was made to feel welcome in the, quote-unquote, "conservative movement" as started by its leader. I can't describe how he made me feel that night.

He became a confidante and a friend and an advisor, and he became somebody that I could, you know, ask, "What do you think would be the right way to handle a situation like this?" and he would tell me. It was just... It was like having another father. In fact, I remember the first time -- I just remembered this -- that I had him and some other people over to my apartment in New York for dinner. We're having some brandy and cigars after dinner at my little circular dining room table. I forget how many.

The dining room table could seat 12 people, and I... (sigh) I guess I'd had one too many brandies, so I was a little less inhibited, and I stood up and I gave Bill a toast. This has to be 1996 or '97. So this is after I'd met him and known him for a long time, and gotten to know him. I told him, "You know, my father passed away in 1990, but you make me think my dad's still alive here with me," and he started crying.

He acted a little embarrassed. I said, "Well, I see you tearing up, but it's true." I think for all of the talk about how intelligent he was, that's not even the word to describe it. Genius. The amount of knowledge he acquired and was able to spit back on virtually anything, was incomprehensible to me. His brain, his intellect, his use of it was indescribable -- and he had an ego. 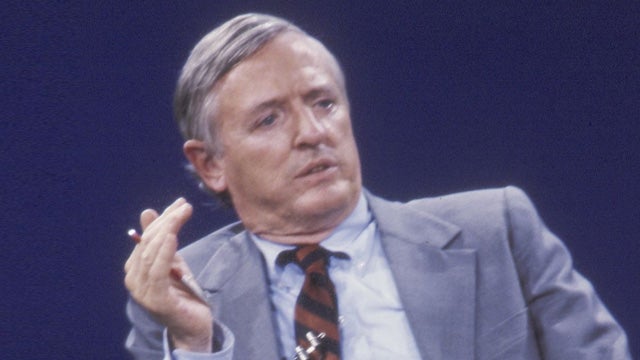 He knew who he was, and he knew what he bestowed on people. He knew what his impact was. But he was still very humble, and he was not accustomed to hearing a compliment like that. When I told him, "My father is still alive, Bill. You're here," he kind of got choky. He looked around. He looked at Pat and so forth, and I remember, too, Gay and Stanley Gaines (some dear friends of mine from here) were there, maybe Newt Gingrich, too.

That's right. It was when Newt was there. Newt had invited a bunch of us, when he was speaker, to have dinner on the terrace outside his office -- and then we decided to do it again at a different place. We did it at Buckley's place next time, and then we did it at my place, and everybody came to my place to finish the troika of this. I remember it was funny. (laughing)

Newt and Buckley would have little arguments, and Buckley would tell Newt what he thought, and vice-versa. I can't describe to you the thrill all of this was for me to be among such a giant and such an intellect, and somebody who really... We throw this term around "conservative movement," and I do think that that label, that term narrows what we all are; you and I, what we believe.

But, at the time, conservatism was in the process of growing and expanding and destroying the monopoly of the Drive-By Media. We've gotten so big now that we've splintered, and everybody is trying to be the next Buckley -- not in terms of who he was as a man, but in terms of being thought of as the intellectual leader; the intellectual inspiration for the movement -- and, as such, there's now competition.

There was no competition.

Buckley just made it okay for people to come out of the closet, and everybody revered him. But now it's a little different. This happens as organizations and life evolves and changes, and you can't go back to what it was. But I've said oftentimes on this program -- be it elected officials or what have you -- what we're missing outside of the media is conservative leadership.

So, we have a number of people who are trying to redefine what "conservatism" is, with themselves as the leader. Fine and dandy. Everybody is free to do what they want, but it's causing rifts; it's causing some splinters to take place, which is natural as well. It just makes me miss Mr. Buckley all the more. He was a leader with the power of his intellect and his presence -- and not physical presence.

Just the fact that he was there, doing what he was doing, was leadership. I don't know how many of the others felt about him the way I did. He had universal respect among people, and I'm sure there were people who knew him that had things about him they didn't like, which is true of everyone, but I never found any of those. I was too enamored and too much in awe.

Of course, the awe gave way after time, and it was easy to be myself around him -- and that's, of course, when things really got fun, because he was so welcoming and understanding, and he knew his brain was 15,000 times smarter than anybody else's. He was patient. He was really patient. He was never insulting, and he was never dismissive. 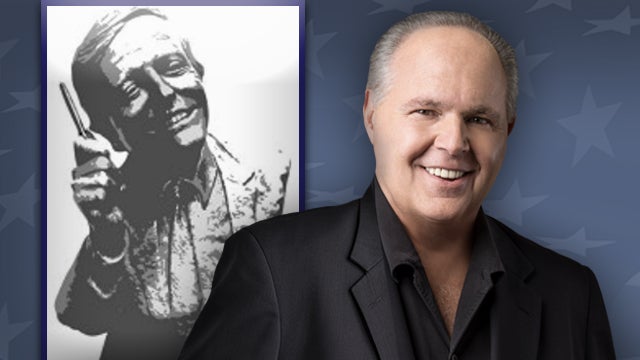 He was always inclusive, and that was born of his confidence of knowing who he was and what he had done, and being very proud of it. (long exhale) To this day, I don't know how he lived the life he did, to be as productive as he was, and to engage in what he called -- as I said earlier -- his sybaritic pursuits with as much energy and with as much time. I don't know how he did it.

I still marvel whenever I read anything he's written. I always will, and I'll always continue to learn something from him no matter the fact that he's gone. You can reread books that he's written, books that he's edited, columns. Go back and read some of the early National Reviews. They're just as inspirational today -- to me, anyway and I think to a lot of people -- as they were when they were first published.

TODD: And so are you, Maha. We'll continue on the Rush Limbaugh program. Todd Herman filling in on the EIB Network.